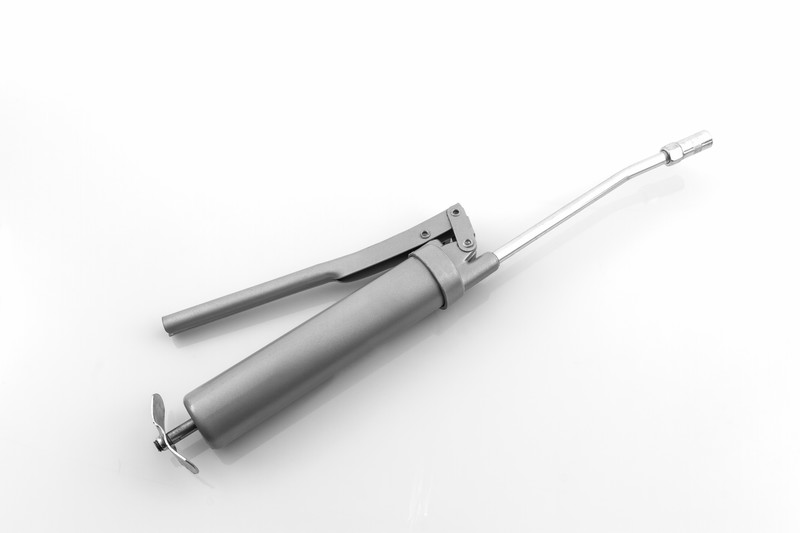 Some automotive greases are good for low-temperature applications only. These general-purpose greases may work for ball joints, perhaps even wheel bearings, but they will need changing sooner rather than later. The best synthetic grease will outlast any conventional one. Choosing the right one is not all that complicated. We’ll share some of the top-rated synthetic greases available, but first let’s see what makes them so popular.

What is Synthetic Grease?

Unlike conventional grease, which is made with petroleum base stocks, synthetic grease is made with highly refined synthetic oil. These may be made from hydrogenated polyalphaolefins (PAO) or one of many esters, depending on the manufacturer. Synthetic grease has several inherent benefits over petroleum-based grease.

Synthetic grease has improved oxidation stability and superior lubricity over mineral-oil grease. It also has innate thermal stability, maintaining its characteristics in extremely high temperatures. Petroleum grease softens when temperatures rise and hardens when they cool.

To make grease, manufacturers add a thickening agent to a liquid lubricant (petroleum or synthetic), keeping it in place. Because it stays put, grease does not need to be reapplied as often as liquid lubricants. It enables engineers to build more simple equipment.

Automotive grease may have either a mineral oil or synthetic base, but the thickening agents and additive packages vary much more widely. The base stock and thickener will together impart certain properties, but additives may help inhibit oxidation, reduce friction and wear, and improve extreme pressure (EP) performance.

The drop point is the temperature at which thickened grease goes to a liquid state. When that happens, the lubricant no longer retains the qualities that keep it in place. Synthetic grease typically has a very high drop point, somewhere between 260 degrees and 300 degrees Celsius (500-572 degrees Fahrenheit).

Automotive grease may have one of several ratings or approvals. Grease may suitable for general use, or manufacturers may specify it for lubricating the chassis or the wheel bearings. While these uses have varying criteria, some greases may meet the requirements of all of them.

The non-profit National Lubricating Grease Institute (NLGI) classifies automotive grease in either chassis and general purpose (LA or LB rating) or wheel bearing (GA, GB or GC) classifications. Greases may be suitable for both uses. The A, B and C designates heavier-duty applications.

more information on the NLGI

Synthetic grease is often useful for several of the most demanding automotive applications. The following greases will all serve multiple lubrication functions in almost any vehicle, eliminating the need to purchase multiple lubricants.

This multi-purpose synthetic grease is suitable for both wheel bearing and chassis applications. It carries an NLGI GC-LB certification. It utilizes a lithium complex thickening agent. Like many of the best synthetic grease brands, it is serviceable from -40 degrees to 150 degrees Celsius (-40 to 302 degrees Fahrenheit).

Mobil 1 Synthetic Grease has an additive package that provide excellent EP properties. They also improve oxidation and corrosion resistance, while limiting water wash out. A tendency for some batches to separate both in the container and in service mar this grease’s track record, though.

Valvoline uses synthetic a base stock and lithium complex thickener to make this popular lubricant. It is suitable for CV joints, wheel bearings and chassis applications (NLGI GC-LB). Valvoline SynPower is useable at an extremely broad temperature range (-60 to 425 degrees Fahrenheit).

The SynPower additive package gives it excellent EP properties, as well as oxidation and corrosion resistance. The addition of molybdenum improves its film strength, and it handles high loads easily. It tends to separate after some time in storage, but not as bad as some others.

This grease does not carry NLGI G or L ratings, but Royal Purple specifies it for use in both applications. Aluminum complex grease normally has a lower drop point than lithium grease, but Royal Purple overcomes this with additives. Ultra Performance has drop point of 520 degrees Fahrenheit.

Red Line CV-2 is specifically formulated for CV joints and wheel bearings, where heat and pressure are extreme. Most of the best synthetic grease brands are NLGI GC-LB rated, and this one is no exception. CV-2 has the highest drop point of any grease on this list, though it useful temp is lower (500 degrees Fahrenheit).

Red Line has a solid reputation for producing quality synthetic lubricants, but we’ll have to take their word for it because the base stock and thickener are secrets. Tests prove it is has excellent shear stability at high temperatures, though, and it provides good corrosion and wear protection as well.

Timken is a top bearing manufacturer, so it makes sense that it makes one of the best synthetic greases. Performance Racing Grease is engineered for high-speed wheel bearing use, but it is NLGI GC-LB certified. Its formula increases bearing traction, making for cooler operation and longer useful life.

The base stock for this grease is SpectraSyn 4, which is a PAO synthetic that Exxon-Mobil sells to manufacturers of synthetic lubricants. Timken uses a calcium sulfonate thickener, which gives it inherent high temperature stability, EP performance and oxidation resistance.

There are some petroleum-based greases that can lubricate all the parts synthetics can, but not many of them. Those that do suffer from stiffening at cooler temps and separating at higher ones. No mineral oil can compete with a truly synthetic base stock in temperature stability.

The best synthetic grease will always outperform conventional grease in terms of lifespan as well. When you decide to go the extra mile on synthetic grease, you not only give your car’s parts their best chance at surviving the rigors of driving, but you also save yourself from constantly lubricating those parts. It’s a win-win, and it’s the obvious choice.

1. What is the Best Synthetic Oil?

3. The 6 Best Gear Lubricants for your Vehicle

Fundamentals of Grease
The 6 Best Gear Lubricants for your Vehicle
The 4 Best Automatic Transmission Fluids Available
The Ultimate Guide to Understanding Engine Oil Viscosity
Best Synthetic Motorcycle Oil Review
Synthetic Oil Change – Things That You Should Know
What is SAE, API and What to Use?
What is the Best Synthetic Oil?

where to find us