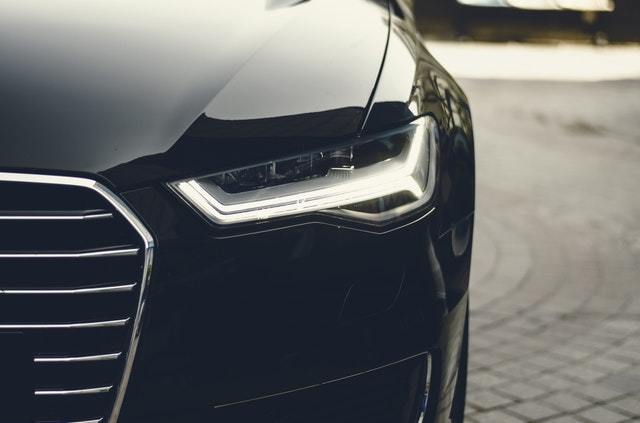 Choosing the Best Car Wax on the Market

Whether your car is brand new or it is starting to show its age, the right car wax can help it look its best. Not all car waxes are created equal, though. The best car wax on the market will bring back the shine to an aging paint job and last long enough so that you don’t have to reapply it every weekend.

A quality car wax does more than just restore your car’s shine, however. It also protects against the sun’s harmful UV rays and repels water. Wax and sealants help prevent contaminants from harming your paint, keeping splattered insects from eating through your car’s protective clear coat for example. Your options for wax come down to two main categories: natural and synthetic.

Carnauba wax is the most common natural car wax. It is derived from the processed leaves of the carnauba palm tree and has been used for generations to buff and polish vehicle paint jobs. It is naturally high in diesters and is nearly insoluble in water, giving it its impressive longevity. A single application of a quality carnauba wax can last four to six weeks, providing an impressive shine and protective coating for most of that time period.

Synthetic polymer wax is a manmade product consisting of long-chain polymers. These products can produce a shine that is indistinguishable from natural waxes. Their real advantage lies in their longevity. Compared to natural wax, which seldom lasts longer than two months, synthetic waxes can continue protecting and conditioning your car’s paint job for six months to a year. The difference is obvious: one to two applications of synthetic wax versus up to six applications of natural wax each year.

Natural waxes (including beeswax and paraffin waxes) have lower melting points than synthetics, which explains how quickly they deteriorate. They are also more difficult than synthetic waxes to apply evenly. Still, it is tough to beat the shine that comes from a quality carnauba wax. If you have the time, consider layering natural wax over a coating of synthetic sealant. This video on YouTube explains the process and benefits.

There are many fine examples of either natural wax or synthetic sealants on the market today. Many of today’s modern car waxes contain a blend of synthetic polymers and natural carnauba. Here are the contenders for best car wax on the market.

5 Best Car Wax on the Market

To preserve your new car’s factory paint job, it is best to begin protecting it right away. Perfect-It Show Car Paste Wax is a blend of natural carnauba wax and synthetic polymers, with all the benefits of each type of wax. It produces a brilliant shine without a polishing machine, though a polisher will make quicker work of removing it.

This paste goes on more easily than a pure carnauba wax, as the polymers give it a more liquid-like consistency than most natural waxes. (Check out this YouTube video to see how easy it is to apply 3M’s wax).

Those polymers also make removal easier, so those notorious white streaks are a non-issue, even in hot climates. The polymers dry to create a hard shell that protects your new or like-new paint’s luster.

Requiring little-to-no preparation, Show Car Paste Wax is a simple and affordable way to keep your vehicle looking like it did in the showroom. It is less labor intensive than most carnauba products, but still more work than fully synthetic wax. You can’t argue with the results, though.

Like most synthetic car waxes, Mothers Synthetic Wax goes on smoothly and evenly, which is important because uneven wax application is noticeable in certain light conditions. Natural wax requires a patient hand and a light touch, but synthetic sealants are much more forgiving. This Mothers wax is as close to the ease of spray-on sealants as you can get without a squirt bottle.

The resulting shine is admittedly not in the same league as a natural carnauba wax, but that is not what this product is for. It is a simple way for anyone to add an impressive shine and a layer of protection to auto paint. It requires follow-up applications sooner than natural wax, but you will still have spent less total time waxing your car even after the second application.

There is no reason to spend the same amount on synthetic sealant as you would on natural carnauba wax. One of the main reasons synthetic polymers are cheaper than natural wax is that they are readily available. Their other advantage is an easy application process. Both advantages describe Mothers Synthetic Wax.

If you’ve never applied car wax to a black vehicle, heed this warning. Lots of manufacturers tout their waxes and sealants as compatible with dark paints, but many still leave unsightly white swirls. Left unchecked, these marks can become permanent. To reduce the chances of damaging your paint, consider Meguiar’s Black Wax paste, which a wax specially formulated for dark paint jobs.

Black Wax is a liquid synthetic sealant, but it is much thicker than most others. It’s synthetic polishing oils are what make it suitable for dark paints. They produce an enhanced gloss compared to most synthetic waxes, giving the finish a deep, wet look. The synthetic polymers in the mixture are long-lasting, so you can go six months or more between applications.

Meguiar’s has a varied product line, and some of its car-care products may not be the best at what they do. Black Wax is different. It is a superior wax in the flagship product category for Meguiar’s.

NOTE: Light-colored cars have fewer issues with streaking, but Meguiar’s White Wax gives lighter paint jobs all the benefits of its sister product.

For people who do not want to spend money on multiple products to shine their aging vehicles, Turtle Wax’s Ice liquid wax is a convenient option. Ice liquid wax is a polymer product that goes on easily and evenly. Importantly, Ice can also restore the original luster of black plastic trim and shine chrome accents and bumpers.

Ice is not the longest lasting wax available, but its unique chemistry gives it a unique advantage. Though the shine will fade in about one month, the cross-linking polymers bond to one another and to the car’s paint more gradually. As the product is reapplied, the protection and shine build gradually, creating a longer-lasting protective layer over time to rescue an old finish or preserve a new one.

Turtle Wax stands out in the marketplace by making dependable products at reasonable prices. The Ice lineup is in the company’s upper tier, and that’s for a reason. The locking synthetic polymers in Ice Liquid Wax gradually build protection with minimal, though repetitive, effort.

This product is a natural carnauba-bees wax blend that is an upgrade over traditional carnauba waxes in many respects. First, it is easier to apply than many of the older generations of natural car waxes. Simply swirl it on in a uniform direction, let it sit for two or three minutes and wipe it off completely. It isn’t really fair to say it requires buffing, as the streaks you may be accustomed to battling from natural waxes are practically nonexistent with P21S Concourse-look.

As with most other natural waxes, P21S produces a lustrous shine, but it’s one that will not last as long as synthetic products. However, unlike most carnauba pastes, Concourse-look will not leave white marks on plastic trim. And it costs considerably less than most pure carnauba waxes. It also produces a shine that is even more brilliant than the best car wax on the market is capable of producing. Just be prepared to reapply it every three to five months.

It’s tough to find a quality carnauba wax at this price point. P21S somehow does that. The natural shine of carnauba is impressive, and Concourse-look produces those showroom shines that vintage car enthusiasts love.

The overall winner for best car wax on the market has to be the 3M Perfect-It Show Car Paste. Despite its name, it does not demand the hours of polishing that people assume car enthusiasts devote to waxing their paint. It does, however, deliver a shine that compares to most natural waxes with nearly the longevity of the best purely synthetic car wax. That result only comes with a bit of elbow grease, but 3M isn’t promising magic in a can.